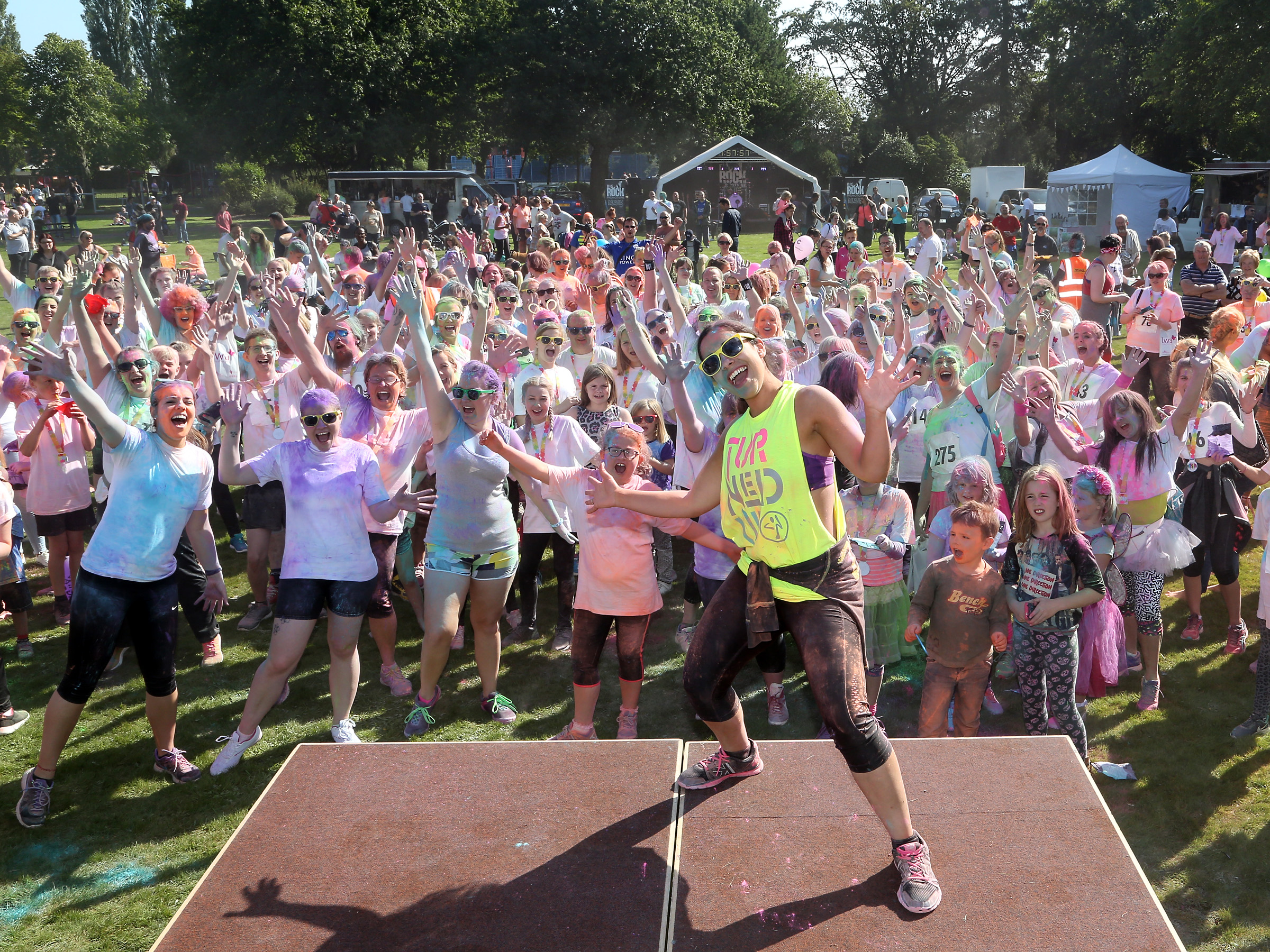 On Sunday 18 September 2016, Coalville was splashed with colour as the first-ever Colour Run took place. We saw 500 runners take part in the exciting event, organised by Living Without Abuse, which was a 5km fun-run with a difference.

Runners were blasted with amazing colour at four different stations along the route, which took them in and around Coalville town and its amazing green spaces. Runners and non-runners alike then finished with a  Zumba paint party in Coalville Park, where there was live music, entertainment, food and drink for all!

Colour Run in a nutshell

Find out more about the event and how it was made possible here.