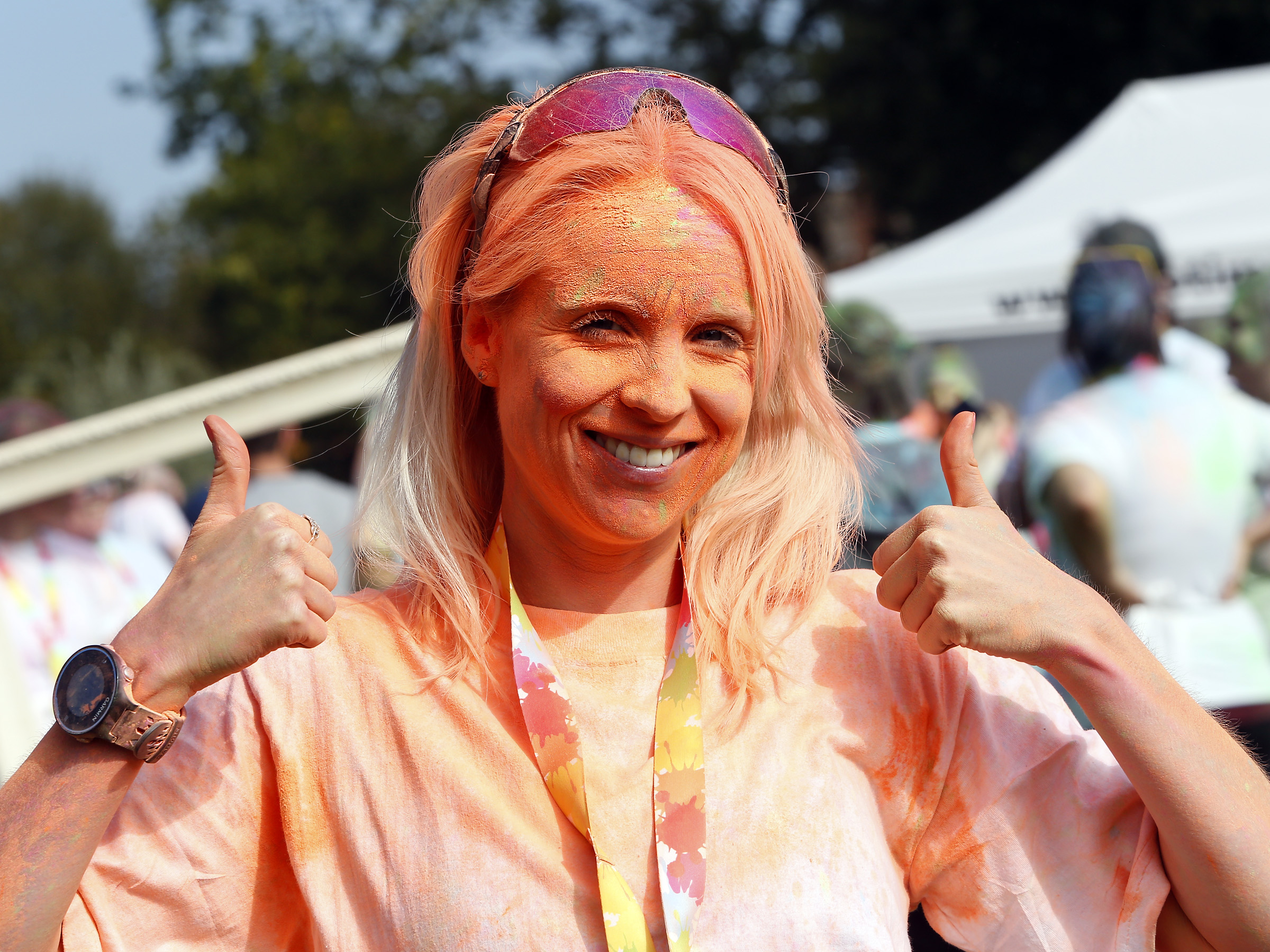 Colour Run in a nutshell

First event of its kind in Coalville

2016 saw Coalville host its first ever Colour Run, thanks to Choose Coalville and funding from North West Leicestershire District Council (NWLDC) and other key sponsors.

Living Without Abuse, a charity that supports those suffering from domestic abuse in Leicestershire, organised the 5km fun run that painted the town red…and blue, pink, yellow and green!

The first event of its kind in Coalville, it was amazing to see 500 runners descend on Coalville to take part. The run took place in and around the centre of Coalville and led runners through some of our amazing green spaces and parks whilst blasting them with a rainbow of colour.

The run finished in Coalville Park where everyone (runners and non-runners alike) were invited to a paint party, bursting with live music and entertainment, food, drink and stalls.

And don’t forget, while so much fun was had and everyone was talking about Coalville, the event also raised much-needed funds for the charity Living Without Abuse.

The regeneration of Coalville is a key priority for NWLDC but to make a difference, we all need to work together. The council asked local businesses and organisations to come up with ideas about what they could do for our town.

Gina King, Head of Fundraising at Living Without Abuse, put her hand up and said “I’d like to bring a running event to Coalville.” A few months later, thanks to Gina’s hard work and the support from local businesses and organisations, Coalville Colour Run was born.

The Coalville Colour Run wouldn’t have been possible without the help of wonderful sponsors:

And all the businesses that supported the event by providing things for free to make it such a great event:

As you can see, Coalville Colour Run is a wonderful example of what can be achieved by working together. What would you like to do for our town?

Colour Run is supporting Living without Abuse – a Leicestershire charity supporting anyone suffering from abuse.